What’s the Significance of this Yield Curve Business? 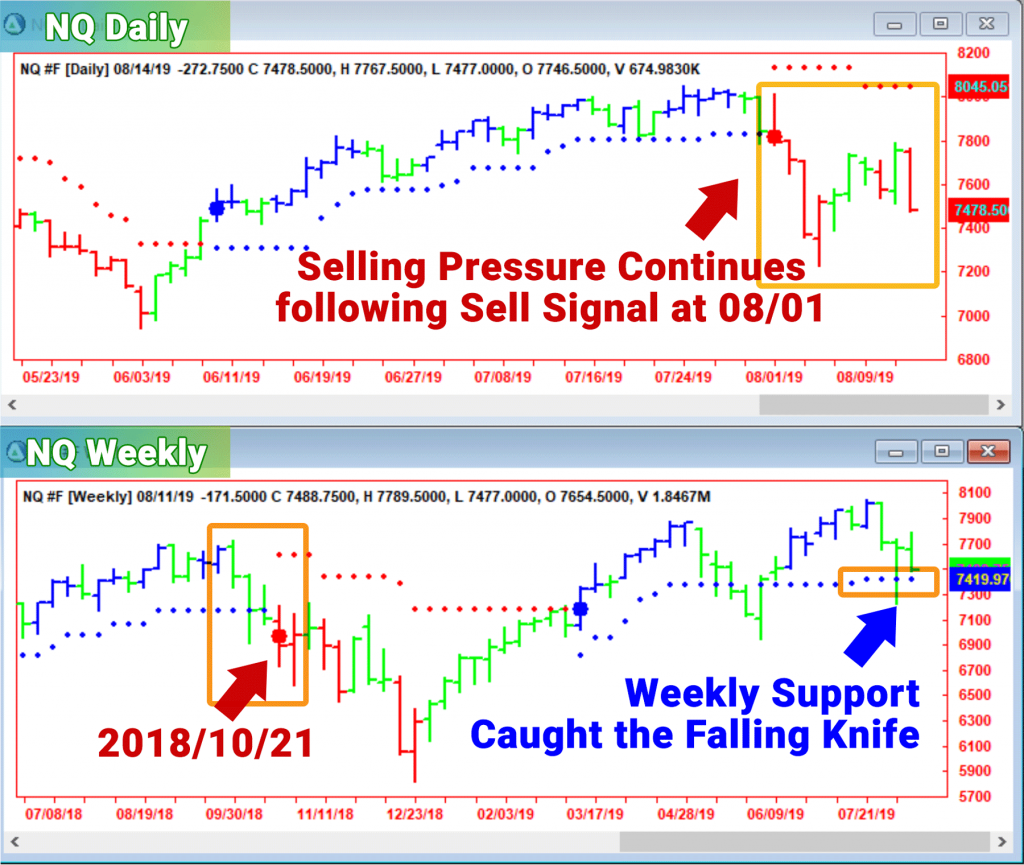 This comes at a bad time for the stock market, as indices were just recovering from this month’s sharp sell-off on a more hawkish Fed.

But is this the Real Deal?

Wasn’t there also some clamoring about the yield curve inverting earlier this year, back in March?  At the time, the 3-month/5-year spread inverted & stocks went on to new record highs.

There’s also some fuzziness around when a recession should be expected to hit.  Historically, an inversion has preceded a recession by anywhere from 8 to 24-months.

It’s clear the market is fearful, but how do you take action in a time like this?

First, look to the markets on the long side.  Bear markets are extremely volatile, which is fantastic for intra-day trading, but completely bi-polar.

The bond market was trading higher through Q4, 2018 when the talk was still that the Fed was going to raise rates.  It continued higher when the Fed pulled a 180 at the start of the year, signaling neutral.  And it has remained in this trend, despite “hawkish” guidance on the July rate cut.

You can look also to gold, that awoke in May, as stocks were selling off.  Gold rallied on a flight to safety, but the uptrend held despite stocks trading up in June/July.  Now Gold continues to press higher, despite the lack of inflation fear.

These Long Trades are Going Straight up

It’s too late to get into this move right now, but it may still be early in the development of a longer-term move.  If you don’t have the position right now, you would have unfavorable risk/reward on a new entry.  So what is there to do today?

Short-term trading around NQ.  The volatility is making for very favorable conditions for intra-day trading.  Today’s price action was extremely sideways.  If this wasn’t a 90-point trading range, there would be nothing to do – but because the magnitude of the price action is so big, it could have been a profitable trading session.  Click here to check out the latest webinar sessions.

Risk Disclosure: Futures and options trading contains substantial risk and is not for every investor. An investor could potentially lose all or more than the initial investment. Risk capital is money that can be lost without jeopardizing one's financial security or lifestyle. Only risk capital should be used for trading and only those with sufficient risk capital should consider trading. Past performance is not necessarily indicative of future results.